Our objectives
The Objectives of the Corporation are to assist in the relief of benevolent needs including relief of poverty, sickness, destitution, helplessness, distress, suffering, and misfortune among Aboriginal and Torres Strait Islander people. In furtherance of the Objectives, the Corporation may conduct the following activities:
We interpret our objectives as a mandate to generate new jobs in significant numbers that are sustainable and meaningful. 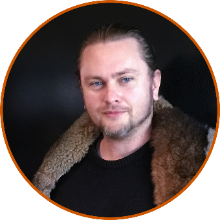 Reuben’s Indigenous ancestry is recorded back to 1887 near Gillenbah in New South Wales with several generations of mixed Wiradjuri and settler heritage.

The mission system had taught Reuben's family to be ashamed of their past and Reuben’s great-grandmother systematically destroyed every vestige of her own “half-caste” birth, and out of gratitude for the Englishman who agreed to legitimise her own child by marriage she hid what was left of her heritage.

Reuben’s grandmother was raised as a white woman with dark skin, with no connection to her culture and even a great sense of shame ab–––out who she was.

From his teenage years Reuben was actively involved in local community organisations, from volunteer emergency services, health and charity organisations through to local, State and Federal advisory roles.

In 2002 Reuben was featured as one of 50 young Indigenous leaders from across Australia in the book Fresh Footprints, published by the Department of Family and Community Services, and contributed a young person's perspective on the future of the Australian Constitution in the book Restructuring Australia, published by Federation Press.

In 2003 Reuben moved to Victoria as a specialist carer and tutor for a family with an autistic child and eventually became the principle architect behind their Private Family Office and its charitable arm The Nikolaous Institute of Philanthropy. 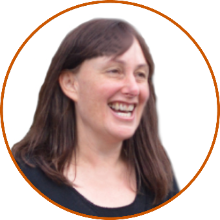 Joanna was born and raised in Melbourne’s South Eastern suburbs with many fond memories of visiting the Dandenong Stock Yards, near the Dandenong Train Station, to trade horses and buy supplies. Her father was both a Royal Australian Air Force and commercial pilot, and her mum was an airline stewardess born in the United Kingdom.

Joanna moved to Endeavour Hills two decades ago to marry and start a family and now contributes a significant amount of her time to local organisations. Joanna is a director of a public charity, a Justice of the Peace, and a Community Guardian for people who need a guardian appointed by State. 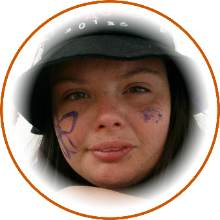 Hope traces her heritage through her grandfather, commonly known as Black George, who was stolen from his family as a child and who moved constantly to hide his own children from the authorities.

Hope was born and raised in Melbourne’s South Eastern suburbs. Some of Hope’s best memories come from her involvement with the Girl Guides as a five-year-old. Hope has been connected with the Girl Guides ever since and continues as a volunteer Girl Guides Leader. Hope become House Captain During her studies at Emerson’s joint Junior and Senior School Campus in Dandenong North, before transferring to the Narre Community Learning Centre to do her Year 11 and 12 Vcal, Cert II in Community Services, and her level 2 First Aid.

For the Tanjenong Board of Directors Hope’s experience as an Indigenous employee in the fashion retail industry, her eye for detail, and her governance role in a Registered Training Organisation made her an ideal choice as a Director.

This is an excellent place for you to add a paragraph and let your visitors know more about you and your services. Easily edit by go to tab pages and content and click edit.